Rita Hayworth was the pin-up of choice for many inmates back in the day. At least, that's what The Shawshank Redemption told me. Ok, so maybe her poster didn't really help a prisoner conceal the tunnel he was digging to freedom, but you could bet that lots of men would've committed crimes for her if given the chance. And it's easy to see why. 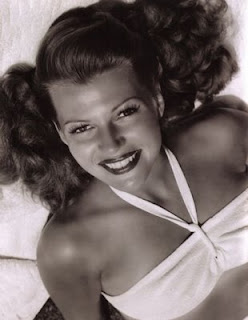 Born Margarita Carmen Cansino in Brooklyn, New York to a Spanish father and an American mother, she rechristened herself the less-ethnic sounding Rita Hayworth. (Hayworth was her mother's maiden name.) Check out that megawatt smile! 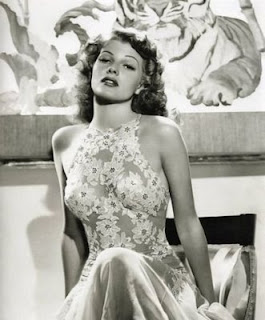 There's a reason why she was nicknamed "The Love Goddess." 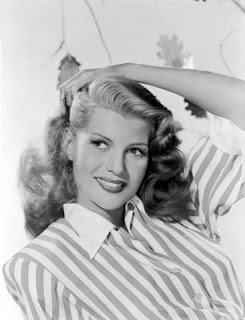 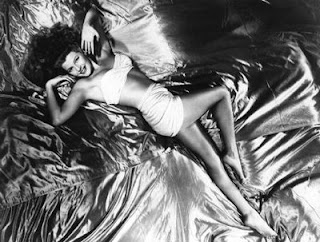 Sexy. How did Orson Welles let her get away? 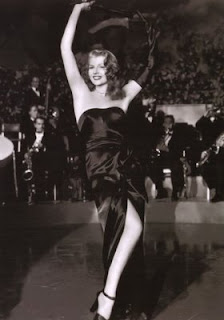 Va-va-voom! Doing a mock-striptease in her most famous role in 1946's Gilda. When asked what held her dress up in this scene, she replied, "Two things." 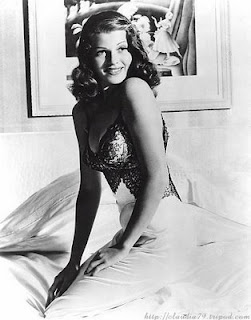 Pin-up Queen.
She even managed to age gracefully! See here and here.
Posted by Andrea at 7:47 PM

she's gorgeous...classy and sexy all at the same time.

Love your amazing posts. Keep up the great work!

Congratulations for creating such a nice website! Rita Hayworth is my idol. There will NEVER be another Rita Hayworth.