Only the Stars Die Young?

Not to be a downer, but when I found this article in Photoplay’s March 1964 issue I thought it was an interesting thing to look at. It tries to explain why so many stars die young and comes up with a few lame suggestions—the long, grueling hours of the job, the constant public appearances, the non-stop traveling—before finally deciding that there aren’t any real answers. But I think the “real” answer is as simple as this: Movie stars are just human. The reason why their deaths affect us so deeply is because we often see them as invincible, or larger than life. And, not only is it sad to think about the life they left behind, but you can’t help but thinking about the life they would have led. How many great performances could they have had? What else would they have contributed to the world? In 1955, people felt it with James Dean. Then again in 1962 with Marilyn Monroe. And our generation felt it last year with the
death of Heath Ledger. Tragedy is a part of life, and Hollywood is no exception. 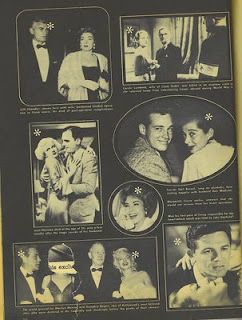 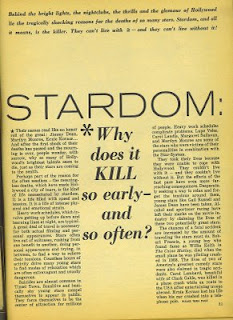 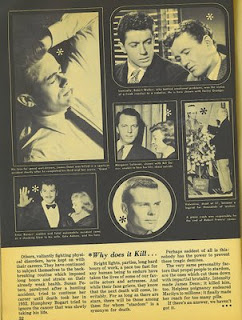