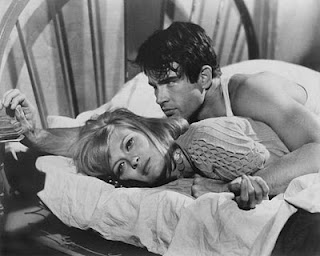 Take that Tiger Woods! While the world is still reeling from news of the golf legend’s escapades with 10 + mistresses, a new biography was released that alleges Warren Beatty bedded over 12,000 women! Kinda makes Woods’ indiscretions seem like nothin’, eh?

Granted, we always knew of Beatty’s womanizing reputation – and how Annette Bening finally tamed the beast in 1992 – but over 12,000?! That’s the population of a small town! Warren Beatty had sex with an entire town of women! Peter Biskind, author of Star: How Warren Beatty Seduced America, calculates that Beatty slept with "12,775 women, give or take, a figure that does not include daytime quickies, drive-bys, casual gropings, stolen kisses and so on." His conquests allegedly included Jane Fonda, Joan Collins, Leslie Caron, Isabelle Adjani, Julie Christie, Diane Keaton and Madonna (who hasn’t?).

We’re surprised the 72-year-old is still standing! And as far as we know, he’s never pulled a Duchovny. Beatty has already issued a statement through his attorney denying the claims, and to be fair, that number does seem a little unlikely. Still, it doesn’t keep us from wondering. If Woods taught us anything, it’s that nothing stays secret forever.

Source
Posted by Andrea at 2:11 PM

I have a hard time believing this is true... simply because I doubt that 12,000 women could all be so dumb! ;-D

Thank you for the nice information! This is very nice! Do you want to know how high your favorite celebrity is and the average heights on celebrity heights?