All About That Dialogue! 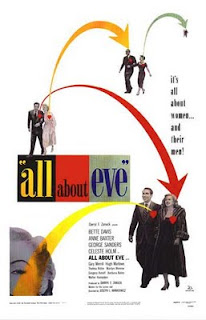 So last weekend I was flipping through the channels and - surprise, surprise - I landed on TCM. All About Eve was on, right at the part where Margo Channing (Bette Davis) is furiously ranting in the theater after finding out that Eve Harrington (Anne Baxter) was made her understudy. It’s not the first time I’ve seen the film, but again it struck me - this script had bite. (Joseph Mankiewicz’s Best Screenplay Oscar was well-deserved.) The dialogue - especially Margo’s lines - was crackling. Literally pops right off the screen. I swear you can almost see sparks flying from Bette’s mouth when she talks.

Almost everyone knows the movie’s famous line, “Fasten your seatbelts, it’s going to be a bumpy night!” But I wanted to document some others, if only for the fact that while I was watching, I kept saying in my head, “I need to write that down!” I’ve also included some handy notes on how to work these lines into your everyday life. It might get you some weird looks - or it might get you cast in Broadway play. Not quite sure, haven’t tested it...but here goes. 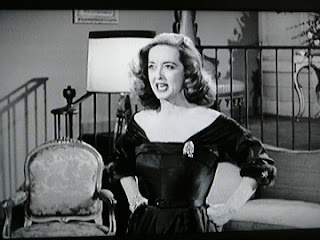 Next time a guy asks to buy you drink, respond the Margo way: “I'll admit I may have seen better days, but I'm still not to be had for the price of a cocktail, like a salted peanut.”

Next time someone accuses you of being insensitive, call upon this exchange between Bill (Gary Merrill) and Margo: Bill: Have you no human consideration? Margo: Show me a human, and I might have!

Next time someone points out your ego, tell it like Addison DeWitt (George Sanders): “We all come into this world with our little egos equipped with individual horns. If we don't blow them, who else will?”

Next time someone tells you shut up, throw ‘em this Margo gem: “Peace and quiet is for libraries!”

Next time someone comes on too strong, say what Bill said to Eve: “What I go after, I want to go after. I don't want it to come after me. Don't cry. Just score it as an incomplete forward pass.”

Wanna learn more about All About Eve? I recommend the book All About All About Eve by Sam Staggs. You’ll learn juicy tidbits like how Bette Davis’ unfortunate case of laryngitis gave Margo her signature whiskey-throated rasp, plus you’ll find out what she really thought of her costars. In the meantime, what are some of your fave lines from All About Eve?
Posted by Andrea at 12:47 PM 2 comments: 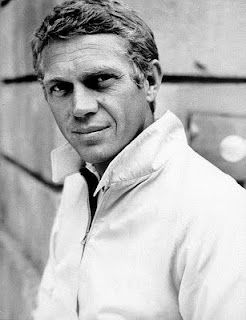 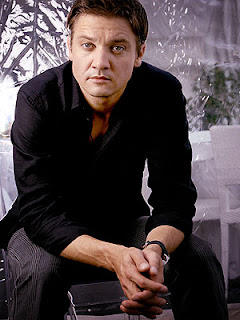 Way back in the blog - we’re talkin’ January 2009 - I told you about a potential Steve McQueen biopic that was supposedly in the works. Well today I can officially tell you that it’s...still in the works. But! There have been some new developments.

In my first post I mentioned some possible candidates for the “King of Cool,” including Daniel Craig (my fave pick at the time), Damien Lewis and Cam Gigandet. Now, the Hollywood Reporter is revealing that Jeremy Renner and his production company have put the wheels in motion to finally get this McQueen flick rolling. Renner seems to be a good fit. I never considered him at the time because, well, who the hell knew who he was before The Hurt Locker? But he could certainly play a hellraiser - which McQueen was in his day. Let’s just hope we’re not sick of him before this movie makes it to the screen. After all, Renner has at least four new films coming down the pipeline: Mission Impossible - Ghost Protocol, The Bourne Legacy (yup, he’s replacing Matt Damon), Hansel & Gretel: Witch Hunters (huh?) and Ice Age 4. Ok, so he also clearly has McQueen’s active nature. Full speed ahead!
Posted by Andrea at 11:03 PM 1 comment: