The Ups and Downs of Mankiewicz 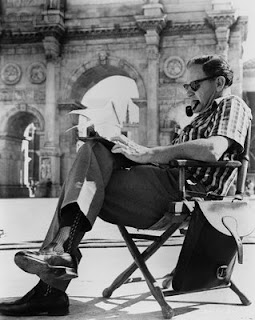 A quick internet scan of famous directors brought up lists you might expect: Spielberg, Scorsese, Hitchcock…

But not one of the lists I found included the name Joseph L. Mankiewicz. Strange, seeing as the man directed 20 films over a 26-year period and whose extensive family tree branches out across the entire entertainment industry. Why is it, then, that Mankiewicz is left out? Is it because his last name is just too darn hard for people to spell? Do people—aside from film geeks like me—know his contributions?

What’s interesting about him is that he’s simultaneously known in the biz for his great successes, as well as quite possibly the biggest movie disaster in Hollywood’s history. Let’s start with the good: The years 1949 and 1950 were kind to Mankiewicz. In 1949, he wrote and directed A Letter to Three Wives which netted him two Academy Awards. He repeated his success a year later with an even more popular movie—All About Eve. Again, Mankiewicz took home two Oscars. To date he's the only filmmaker to have won Oscars for writing and directing two years in a row. 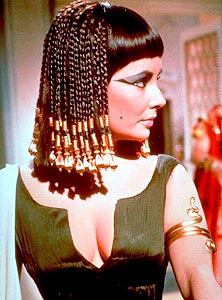 Then it hit like the plague. And by “it” I’m talking about Cleopatra, the four-hour long 1963 epic starring Elizabeth Taylor and Richard Burton that took two-and-a-half years to make and cost $44 million. That’s $300 million by today’s standards! To be fair, it wasn’t really Mankiewicz’s fault. He was the second director on the film, after the first director realized he couldn’t hack it. Mankiewicz himself said of Cleopatra: it was “conceived in a state of emergency, shot in confusion, and wound up in a blind panic.” He ran himself into the ground—directing the movie by day and writing the script by night. (Liz Taylor almost died, like, four times during filming, but that’s another post for another day.)

At least he wasn’t in denial (I could’ve made a very bad Egyptian pun right there) once the film was released. At the premiere, host Bert Parks called the film “a wonderful, wonderful achievement.” Mankiewicz replied, “You must know something I don’t.”

And that right there is, briefly, why you should know Joe Mankiewicz. Because, really, where would Spielberg and Scorsese be without him?

Now for that impressive family tree:

- His older brother was Herman J. Mankiewicz, the Oscar-winning screenwriter of Citizen Kane.

- His sons are writer/director Tom Mankiewicz (who penned Diamonds Are Forever and Live and Let Die, wrote and directed Dragnet) and producer Christopher Mankiewicz (Runaway Jury).

- His nephews are writer Don Mankiewicz and Frank Mankiewicz, a noted writer and Democratic political strategist who once worked as Sen. Robert F. Kennedy’s press secretary.

- His great-nephews are radio and television personality Ben Mankiewicz (who currently co-hosts At the Movies), producer John Mankiewicz (House) and journalist Josh Mankiewicz (Dateline NBC).
Posted by Andrea at 10:42 PM