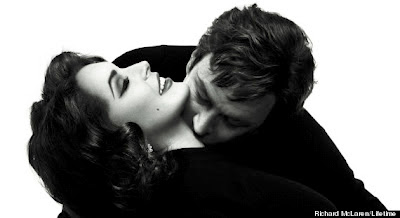 Ok, so the first official picture isn’t totally horrible. As you may well know, Lindsay Lohan is gonna attempt her best Elizabeth Taylor impression for the upcoming Lifetime movie Liz & Dick. The network released a promotional photo, featuring Lohan in full Liz hair and makeup, and co-star Grant Bowler as Richard Burton. Also released yesterday and today were some paparazzi photos from the set, which were, um, considerably less impressive. But, hey, at least it looks like Linds is showing up for her scenes! Not like my expectations are very high for this project anyway. What do you think of the photos? Will you be watching this movie, like me, solely for the trainwreck aspect?

Update: Here's another pic of Linds in character. 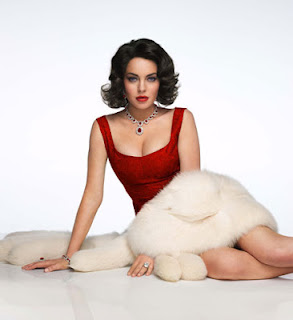