A few weeks ago Andrea introduced (some of) you to Natalie Wood – the Miracle on 34th Street cutie turned West Side Story hottie turned conspiracy theorist centerfold when she tragically drowned off the side of her and her husband’s boat. Naturally, this sparked one of Andrea and my favorite games: “Who Would Play.” In this case: Who Would Play Natalie Wood in a film about her life.

We surprised ourselves by coming up with not just one, two or three, but four Natalie Wood look-a-likes. Here are the contenders, in no particular order except for Katie Holmes, who goes first because she’d never get the job anyway (we’d need someone who can actually act).

So, yes: Katie Holmes, whose only chance to get the part comes from her marital ties to Tom Cruise – the head of Scientology and, in turn, the head of Hollywood. Looks-wise, Holmes would easily be molded into a young Wood. 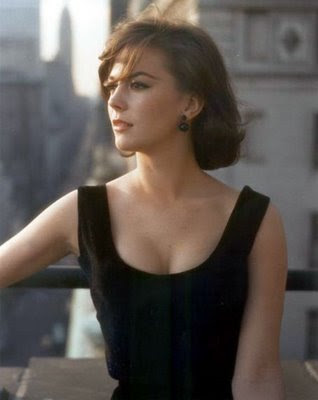 And then Andrea was all, “What about Katharine Heigl” and I said, “What? No.” And then she posted these pictures and I was all, “Holy crap.” 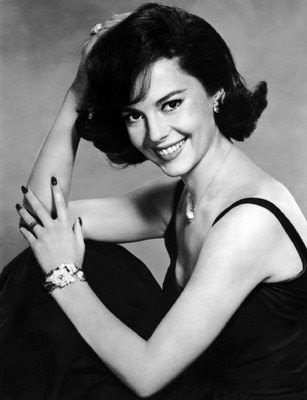 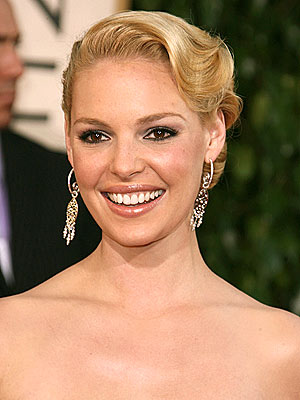 My dark horse, though, is Jeanne Tripplehorn. I’ve loved this chick (in a totally platonic way) since I saw her in Sliding Doors as the skanky ex-girlfriend-slash-other woman who Gwyneth Paltrow’s spineless boyfriend goes back to while cheating on Paltrow in the first place. She played the part perfectly. I hated her. Anyway, you may not agree with me, but tell me Tripplehorn couldn’t pull it off after looking at these: 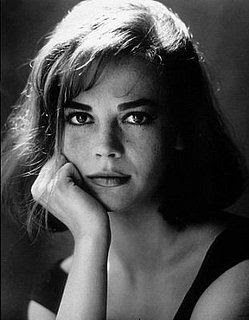 See? Don’t question me. I own this game.
Posted by Your Fabulous Host at 3:48 PM

Labels: Natalie Wood, Who Would Play?

I'm surprised by the Heigl resemblance as well--sorry Kristine, I think Andrea wins this round! And judging by Katie Holmes' picture...hmm, I see why so many directors don't care that she can't act, ha. Brunettes FTW!

I watched Killers last night with Heigl and was amazed at how like Natalie Wood her mouth gestures were. I thought she must have studied Natalie. So tonight I googled to see if anyone else thought the same.

I read an article this morning about the re-opening of the investigation into Wood's death. I had never heard of her before, but I was struck by her uncanny resemblance to Katherine Heigl and googled to see if anyone else thought the same.

That is awesome! So glad you stumbled onto the site and agree with the Heigl resemblance :) I also did a post back in March of last year when I first heard they might be reopening the case. The whole thing's really fascinating!

Yes, I totally agree with the uncanny resemblance between Heigl and Wood. Guess that makes it 4 for 4!!

I'm with you on Tripplehorn. She's a bit old now but check out younger photos. Spitting image.

I too noted the remarkable similarity between Katharine and Natalie Wood, and in particular, with the same photo you posted of Natalie. Wow. I wonder if they are related somehow? Does anyone know?

I too noted the remarkable similarity between Katharine and Natalie Wood, and in particular, with the same photo you posted of Natalie. Wow. I wonder if they are related somehow? Does anyone know?

Natalie Wood was very petite - Katie and Katherine are both anything but. I think this would prevent them from being great choices.