Katharine Hepburn Was a Tough Biotch...And We Love Her For It! 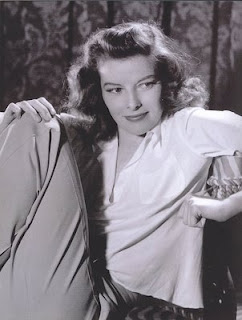 Who knows, maybe playing Hedy Lamarr will bring Rachel Weisz some more Oscar gold. Playing a Hollywood legend worked for Cate Blanchett who won Best Supporting Actress for her uncanny portrayal of Katharine Hepburn in The Aviator. Hepburn was born on this day in 1907. (Incidentally, Cate Blanchett’s birthday is on Thursday.) Hepburn died in 2003 at the age of 96. With a long life like that, she must have done somethin' right! In addition to starring in some of my favorite movies, including Holiday, Bringing Up Baby, Woman of the Year and The Philadelphia Story, here are five other reasons why we think Katharine Hepburn was so great.

1. She refused to play the Hollywood “game,” rarely posing for pictures or giving interviews. She also preferred pants to skirts, and often wore no makeup. A far cry from other actresses of the day – or today for that matter! What celeb nowadays could get away with not giving interviews?!

3. Despite her wealthy upbringing in Connecticut, she didn’t mind getting down and dirty. The self-proclaimed tomboy golfed, swam, played tennis and perfected the screwball comedy pratfall. 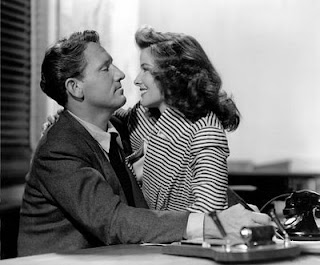 5. She said things like this: “If you want to sacrifice the admiration of many men for the criticism of one, go ahead, get married.”
Posted by Andrea at 9:22 PM

Do you know who is now the richest person in the world? Find out more about the top 100 wealthiest person with celeb networth