A winner has been selected! Congrats Perfect Number 6 - you won a copy of Steve McQueen: A Biography! She's got a blog too called No Time Like The Past (which includes a really cool post on how to dress like Steve McQueen) - so check it out. Thanks to all who entered and if you didn't win this time, don't worry. I'll have ANOTHER contest up shortly!
Posted by Andrea at 9:54 AM 2 comments:

When The King Met The President 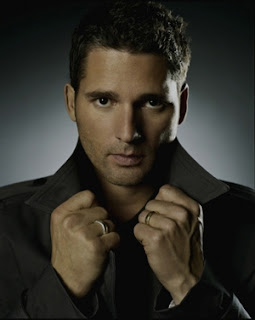 How’s this for unexpected? Variety has just revealed that Eric Bana has signed on to play Elvis Presley in the new flick Elvis & Nixon. For some reason, I would’ve never pegged Bana as the Elvis Presley type, but now that the casting’s been made, I can sorta picture it! Last time someone portrayed Presley in a high-profile way was when Jonathan Rhys-Meyers won a Golden Globe for the 2005 TV mini-series Elvis.

It’s this movie’s premise that’s the real source of intrigue here, though. Apparently, in 1970, Presley wrote a detailed, six-page letter to President Richard Nixon, requesting a meeting with him. Presley had the notion that Nixon should appoint him “Federal Agent-at-Large” in the Bureau of Narcotics and Dangerous Drugs. Would anyone really trust The King of Rock ‘n Roll with that position? Well, ok, maybe Nixon would.


Presley and Nixon did in fact meet - on December 21st of that year - but unfortunately Presley did not secure the federal agent job. No hard feelings though. The King brought Nixon presents - including a Colt 45 pistol (ya can’t make this stuff up) - and showed him family photos during their brief encounter. Nixon reportedly found the whole thing totally awkward.

Danny Huston is set to portray Nixon in the film, and The Princess Bride star Cary Elwes is making his directorial debut. This bizarre tale seems primed for a big-screen retelling. I certainly had no idea this strange meeting ever went down, but I’m completely and utterly amused that it did.

Contest: Win a Copy of the New Steve McQueen Bio! 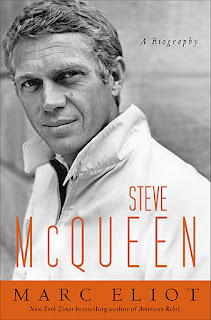 Got some good news for all you classic movie buffs/bookworms out there! I’ve managed to snag a copy of the upcoming Steve McQueen: A Biography by Marc Eliot. The book comes out October 25th, but you can win you’re own copy right here on On the Marquee! The in-depth bio chronicles McQueen’s film and early TV appearances, his relationships, his battles with addiction and - here’s something that intrigued me - his obsession with Paul Newman and how it shaped his career.

We’ve talked a couple of times on this blog about which modern day actor should play McQueen in a biopic. While Hollywood seems to have settled on Jeremy Renner, I wanna hear what you guys think! Tell me which actor you believe would be best at playing McQueen and why. Best answer wins the book! Simple as that.

**Leave your answers in the comments section (along with name and email) OR feel free to tweet or Facebook your answers to me!**
I'LL PICK THE WINNER ON OCTOBER 25th!

Special thanks to Crown Publishing for providing On the Marquee with this amazing book!
Posted by Andrea at 10:35 PM 5 comments: