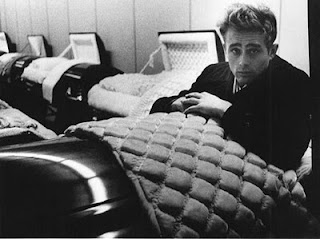 So director George Lucas apparently thinks he has the power to raise the dead. He’s certainly a high and mighty presence in Hollywood, but he ain’t no God. Here’s the deal: A bizarre rumor began floating around the internet back in December that the Star Wars creator has been buying up the rights to dead movie stars, so he can “bring them back” with the use of new technology. Imagine James Dean and Marilyn Monroe co-starring in a new film together. Weird, right? And kind of creepy.

A Lucasfilm spokesperson quickly shot down the story, but according to ABC News, it might not be as far-fetched as we think (or hope). CMG agency, which has represented the estates of such late movie legends as Ingrid Bergman, James Dean, Errol Flynn and Bette Davis, said they have indeed reached out to Lucasfilm. No word on whether any definitive deals have been made, though.

Up until now, dead stars have appeared only as digital cameos in films - like Laurence Olivier in 2004’s Sky Captain and the World of Tomorrow, or Marlon Brando in 2006's Superman Returns. Could a digitally rendered likeness of one of these films greats carry an entire movie? Or, more importantly, would anyone even see a movie like this? It’s almost like cloning or cryogenics - it prompts ethical debate. Shouldn’t we preserve the memories of these stars and just leave well enough alone? Computers can capture their likeness, but not their essence. It’s like when Leonardo DiCaprio’s character in Inception realizes his dream wife will never be the real thing. “I can't imagine you with all your complexity, all your perfection, all your imperfection,” he says. Yup, these digital characters would be just a shade, and therefore just not good enough. 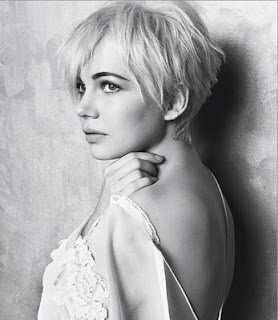 Michelle Williams is my idol. There, I said it. We’re both September 9th Virgos, so maybe that has something to do with it, but mostly I admire her for her exceedingly brave and interesting screen work. And her adorable pixie haircut. And quirky-cute fashion sense. You get the idea.
In her latest film Blue Valentine, which opened Dec. 30th, she gives perhaps the rawest performance of her career opposite Ryan Gosling. They play a couple whose relationship is on the brink of collapse, and we see their love story play out in both the past and present. I had the privilege of covering the press junket for the film, and got to ask Williams about a project I’ve mentioned several times on the blog - her role as Marilyn Monroe. The role is daunting to say the least – Marilyn is the iconic bombshell, after all – and Williams realizes that. When I spoke to her, she had just completed the film My Week with Marilyn about two weeks earlier and she said she still had “one foot in it.” I got the impression that the roles she takes on are generally hard for her to shake (she said she even kept her character’s wedding ring from Blue Valentine).
When asked why she decided to step into Marilyn’s shoes, she considered her answer very carefully.
“Because I am a glutton for punishment,” she said before searching for a more complete explanation. “A few things. Because for some reason I won’t let myself shrink from a challenge and I think that’s how I find myself in these situations, making these movies. While my intellect is saying ‘Retreat, retreat, retreat,’ my heart is already there. Luckily, I guess, that’s the stronger decision making mechanism and that’s what ultimately wins. I think when I read something I like to have two reactions going at the same time - one is an inkling that I can play that part and the rest is that it’s a mystery and it compels me to untangle it. So they’re kind of opposed to each other, but if they’re both up and running at the same time, that’s how I make a decision.”
From the looks of things, her heart hasn’t steered her wrong yet.
Posted by Andrea at 9:24 AM No comments: