On Display: The Art of the Movie Poster 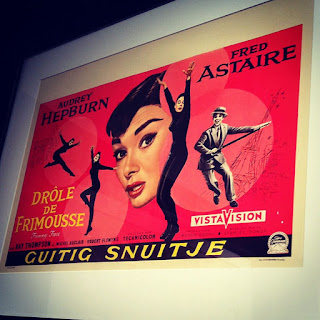 I’m a serious fan of the old movie poster. One look around my room and that’s apparent.  A movie poster hangs from every angle - from A Streetcar Named Desire and Cat on a Hot Tin Roof on one wall to East of Eden and The Hustler on another. My room’s a veritable classic movie poster gallery.

So when I heard Film at Lincoln Center was displaying their own movie poster gallery, I jumped at the chance to check it out. Presented by Turner Classic Movies, the exhibit at the Furman Gallery, called “Style and Motion: The Art of the Movie Poster,” featured a variety of original film posters from the Mike Kaplan Collection. Incidentally, Kaplan is an acclaimed designer/art director of movie posters - and an avid collector of posters from around the world (a guy after my own heart).

Last month, recent guest blogger Nicole Turso and I visited the gallery to check it out. The exhibit wasn’t very large - but it was free, and total movie poster eye candy. I snapped some pics of my favorites. An interesting tidbit: The American in Paris poster once belonged to Gene Kelly himself! Needless to say, I would wallpaper my house with these if I could. 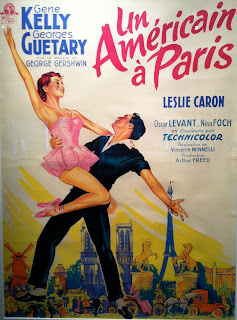 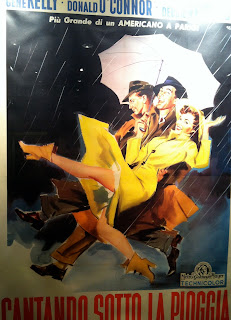 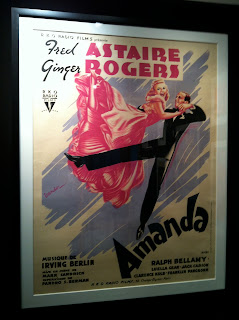 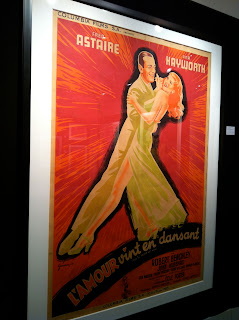 Ed. Note: On the Marquee's guest blogger today is Nicole Turso! I enlisted her help to do a post about classic horror films, because when it comes to horror, there's a gap in my movie knowledge. Because I am a total chicken.

As a classic horror movie fan - news of a remake with today's popular actors can really make you into a raving lunatic.

When Hollywood decided 1976's "The Omen" was due for a re-boot, my blood boiled knowing Gregory Peck and Lee Remick would be replaced by the likes of Liev Schreiber and Julia Stiles (Sorry, guys).

And while Naomi Watts is a decent match for Hitchcock's golden girl Tipi Hedren - remaking "The Birds" was another one of Michael Bay's bird-brain ideas (Along with yet another Transformers flick).

Well, now some of the more iconic horror images are getting the Ryan Murphy treatment on the pages of the latest issue of Elle.

Murphy proved his horror chops with FX's "American Horror Story" - as did stars Connie Britton and Kate Mara. Now Murphy puts his muses to the test...in scenes from his favorite thrillers.


And since Murphy's poptart comedy "Glee" has been frighteningly-bad lately, it only makes sense Gleeks Lea Michele, Dianna Agron and company would join in on the horror romp.


Some of this fan's favorites: Britton as Damien's petrified mother in "The Omen", Mara just before the pig blood hits the fan in "Carrie" and Sarah Paulson as both Joan Crawford and Bette Davis in my all-time favorite creepfest "Whatever Happened to Baby Jane?" 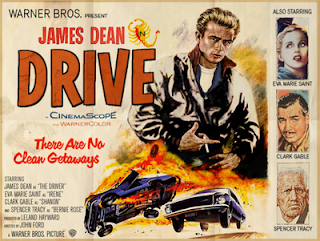 This is officially amazing. Illustrator/designer Peter Stults imagines what modern-day movies would look like if they were made during past Hollywood eras - and then he creates movie posters for them. My personal fave? The re-imagining of the Ryan Gosling flick Drive starring James Dean! The poster series is called "Movies from an Alternate Universe." 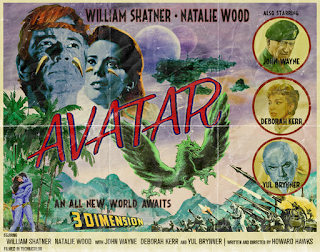 The series also includes posters for The Hangover starring Dean Martin, Jack Lemmon and Jerry Lewis and Avatar starring William Shatner and Natalie Wood, among others! This was too good not to share! 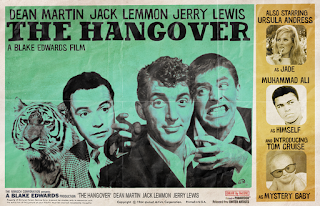