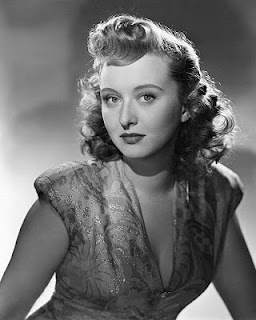 Forget Demi Moore. She’s got nothing on Celeste Holm. The 93-year-old Oscar-winning actress (for her supporting role opposite Gregory Peck in Gentlemen’s Agreement) lives a life of luxe in a fabulous duplex apartment on Manhattan’s Central Park West…with her 47-year-old husband. That’s right. For those of you good at math, that’s a 46 year age difference. Meet Old Hollywood’s ultimate cougar.

Not bad for an actress who had a pretty low-key reputation back in the day. She was the wholesome best friend to Bette Davis’ grande dame of Broadway in 1950’s All About Eve, and a Broadway darling herself in numerous productions on the Great White Way. Holm never attracted much in the way of scandal – aside from four previous marriages that all ended in divorce. But look at her now! 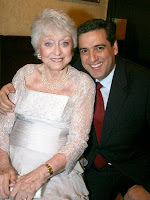 According to the NY Post, Holm has kept her magnificent apartment largely unchanged since she purchased it for a mere $10,000 in 1953 (which today would be worth more than $10 million). And again, for those math whizzes – that’s before her husband, opera singer Frank Basile, was even born!
Not gonna lie, we’re kind of impressed. Out of all of these present-day Hollywood cougars, Celeste Holm reigns supreme. Get it, girl!
Posted by Andrea at 2:56 PM 1 comment: