Back when Ronald Reagan only had a Screen Actors Guild presidency under his belt and back when James Dean was just a quirky young actor and not the icon of rebellious youth he is today, the unlikely duo appeared on screen together in an episode of General Electric Theater which aired live on December 12, 1954. Check out rare snippets from this episode called "The Dark Dark Hours." Reagan plays a straitlaced doctor, Dean plays a loose cannon criminal. It's glorious. 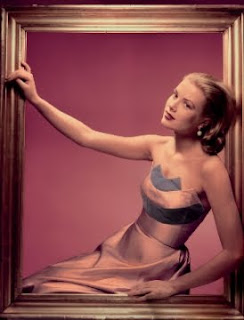 Do you live in London or are you planning on visiting as soon as this volcanic dust settles? An exhibition showcasing the wardrobe of one Miss Grace Kelly has opened at the Victoria & Albert Museum. It’s a good thing I’m not going because I’d probably be the crazy girl hauled away by security for trying to pilfer one of her outfits from Rear Window. For those of us who can’t see the exhibit in person (for security reasons or otherwise) the Daily Mail has a great article with suggestions on how you can copy the looks that made Grace a star.

All this Princess Grace news got me thinking. And all that thinking led me to another game of “Who Would Play.” We here at On the Marquee last played this game with Natalie Wood. Now it’s time to list some potential Grace Kellys - for the Grace Kelly biopic that for now only exists in my head. 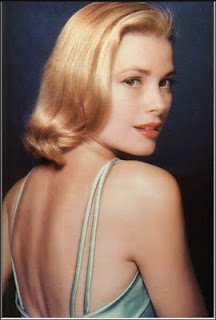 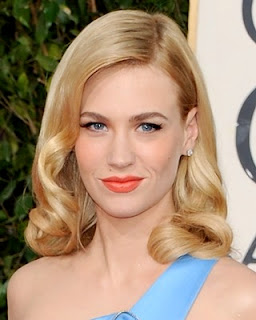 This first one is kind of obvious and it’s not hard to picture – mainly because we know she can already pull off the vintage wardrobe and also because Mad Men beats us over the head with the Grace Kelly comparisons every chance it gets. But while we think January Jones rocks as Betty Draper on the AMC drama, we kind of think that might be the only character she can play. I mean, you saw her Rear Window skit on SNL, right? Yikes. 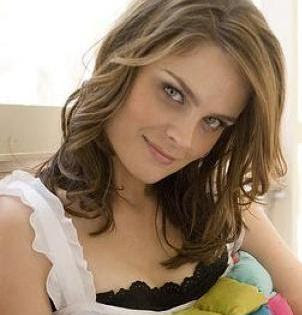 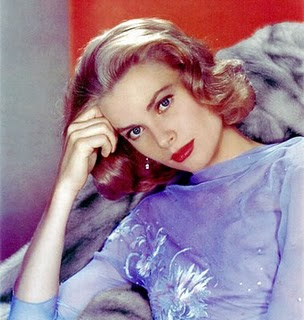 Bear with me on this one. Try to picture the Bones star with a blonde wig - there's definitely some similar bone structure going on. Still don't see it? Ah well. Consider this pick a dark horse. 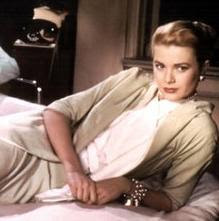 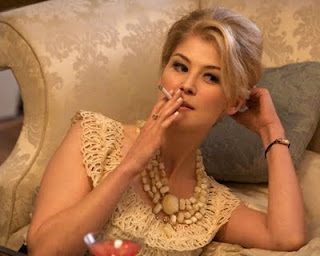 Think we found a winner! This lovely Brit brings her poise and, ahem, grace to every role she takes. Whether it’s the soft-spoken eldest sister in Pride & Prejudice or the not-too-bright socialite in An Education. We think she has the look and the talent. Ok, so we may not have been the first to notice her Grace Kelly-like attributes, but we’re totally on board with her as first choice.

What do you guys think? Any other suggestions? Just not Gwyneth Paltrow. Only non-obnoxious actresses need apply.
Posted by Andrea at 2:19 PM 3 comments: 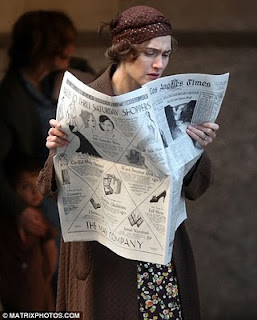 I can't possibly be the only one geeking out over Kate Winslet as Mildred Pierce. Since she's currently filming the HBO miniseries in Manhattan, I think a good old-fashioned set-stalking is in order. But until I can get up-close with my camera, I'll let the paparazzi do it for me. Here are a few shots taken of Ms. Winslet filming in her 1930s costume. She's got the Depression-era housewife look down! Plus, check out that great prop newspaper! 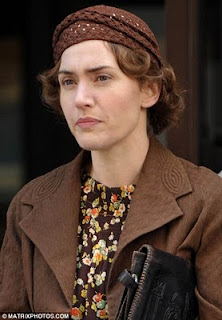 Source
Posted by Andrea at 2:00 PM No comments: