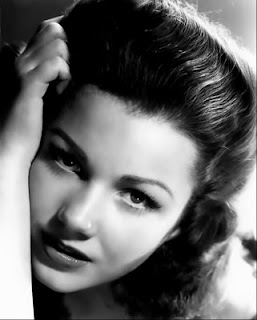 Anne Baxter wasn’t particularly a bombshell, nor was she stupendously famous, but she nevertheless made her mark in the movies. Plus, she was born on this day in 1923, so it feels only right that we honor her with today’s Siren Centerfold. She started her career on Broadway, then splashed onto the big screen in the 1940s, winning the Oscar for Best Supporting Actress for 1946’s The Razor’s Edge. In 1950, Anne played one of her best known roles, as the title character in the film All About Eve. As the conniving Eve Harrington, Anne went toe-to-toe with the fearsome Bette Davis – and almost got the best of her! Now that takes bravery. Her inherent confidence garnered her a second Oscar nomination, and an eternal place in movie history. We give you: Anne Baxter. 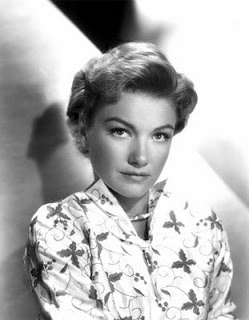 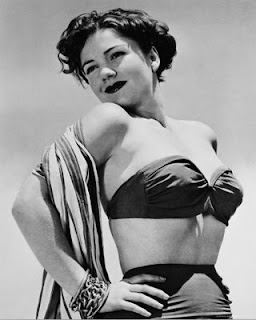 She was the granddaughter of famed architect Frank Lloyd Wright. 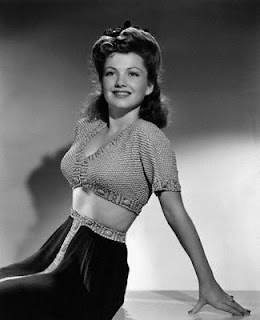 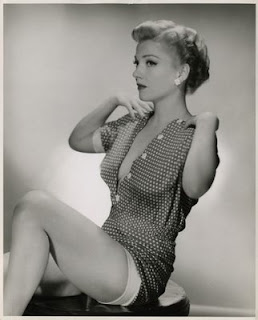 She was initially cast in All About Eve when Claudette Colbert was still set to play the Bette Davis role. Anne got the part because of her resemblence to Colbert. When Colbert broke her back, Davis stepped in.