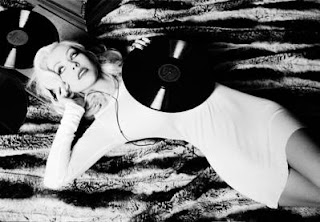 Following in the footsteps of Britney Spears, Jessica Simpson, Mariah Carey, Mandy Moore and Beyonce before her, it was announced yesterday that pop star Christina Aguilera is taking on her first movie role. The role doesn’t seem like much of a stretch—which is promising. It’s called Burlesque, and Aguilera will star as a small town girl with a big voice who finds success in a Los Angeles neo-burlesque club. The project was apparently written with her in mind, so let’s hope she can pull it off. Currently her only movie credit to date is lending her voice to the animated Shark Tale. Part of me wishes Aguilera would just stick to her strengths. (I’m having flashes of Mariah Carey’s Glitter.) But then again, Mandy Moore has made a nice little career for herself by balancing mainstream rom-coms with solid indie flicks (like Saved! and Dedication), and Beyonce had the number one—albeit terrible-looking—movie in the country two weeks ago with Obsessed.

Plus, take a look at these stars of yesteryear, who all started out singing yet ended up successful on the silver screen. Frank Sinatra: Old Blue Eyes started out as a saloon singer in Hoboken, New Jersey, then found work as a band singer with The Hoboken Four, before breaking out in his first big movie hit, Anchors Aweigh (1945). Proving he wasn’t just a song-and-dance man, Sinatra won the Best Supporting Actor Oscar for From Here to Eternity in 1953. 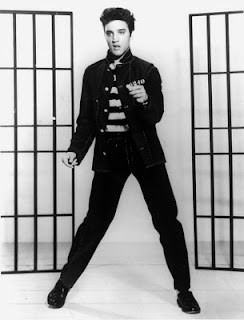 Elvis Presley: Before he was dubbed the King of Rock and Roll, Elvis sang locally in Memphis, Tennessee as “The Hillbilly Cat.” He signed with RCA in 1955 and in 1956 he was cast in his first movie role in Love Me Tender. From there, Elvis starred in 33 films, including Jailhouse Rock (1957) and Viva Las Vegas (1964). 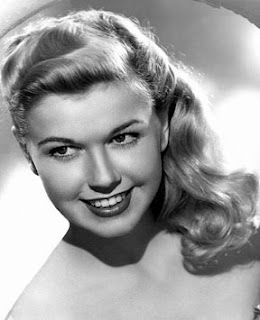 Doris Day: Doris began singing with local bands after an accident derailed her dancing career. She toured with the Les Brown Band at age 15. One day her agent talked her into taking a screentest, which lead to her first movie, 1948’s Romance on the High Seas. Popular films like Calamity Jane (1953) and Pillow Talk (1955) followed, as well as several hit records, including “Que Sera Sera.”
Posted by Andrea at 2:26 PM

What ever gave you that idea? haha. Actually, Mandy Moore is not as bad as the rest. She makes some good movies, although I know people will want to argue with me about that.

Don't forget the ultimate singer-turned-actor, Bing Crosby. He sold millions of records from the early thirties on; his initial hits had a great deal of jazz feeling, and believe it or not, he was very popular with black audiences then, making recordings with the Mills Brothers and Duke Ellington (Bing idolized Louis Armstrong). He then became huge box-office for Paramount, even before he teamed up with good pal Bob Hope.

In some ways, Bing is similar to Doris Day in that his movie success tends to obscure what a splendid vocalist he was. While some of his later recordings tended to be suburbanized and mannered, he could still deliver the goods -- his "Bing Sings Whilst Bregman Swings" album from 1956 shows him challenging Sinatra on his "Songs For Swingin' Lovers" turf and more than holding his own.