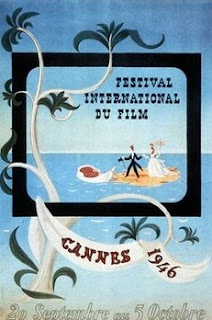 The Cannes Film Festival – the classier, more sophisticated European older sister of film festivals, if you will – is currently taking place (from May 13-24) and the stars (American and international alike) are out in full-force. It’s one of the oldest and most prestigious festivals in the world and it’s held every year in the resort town of Cannes (pronounced like “con”) in the south of France – only fitting since cinema was, after all, invented in France. The idea for the festival was born in 1939, but because of World War II, the festivities didn’t actually begin until 1946. 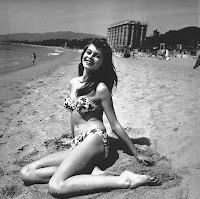 The top prize back then was known as the Grand Prix, until it was renamed the Palme d'Or (Golden Palm) in 1955. And by the 1950s, the festival also became infamous for its celeb-laden beaches. A bikini-clad Brigitte Bardot became almost a permanent fixture at the festival during this time. Sort of like how Paris Hilton and Tara Reid infiltrate the Sundance Film Festival every year. Ugh. Who approves the guest lists for these things?
This year, the festival opened with Disney/Pixar’s Up. Plus, American films like Quentin Tarantino’s Inglourious Basterds (starring Brad Pitt) and Ang Lee’s Taking Woodstock (starring Liev Schreiber and Emile Hirsch) are in contention for the Palme d’Or. But since neither of those has been released yet, get into the Cannes-do spirit by checking out the flicks from festivals past! And since we can’t be here, it’s the next best thing. Sort of.