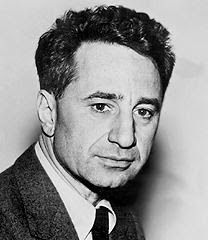 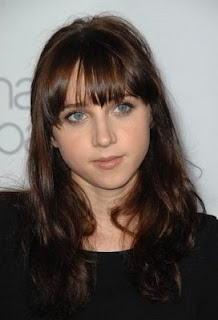 On Monday, I attended a pre-Tribeca Film Festival screening of The Exploding Girl, starring Miss Zoe Kazan, and it’s clear that film is certainly in the family genes. In case you’re not familiar, her granddad directed at least four of my favorite films—A Streetcar Named Desire, On the Waterfront, Baby Doll and East of Eden—in addition to being a revered stage director. Plus, he coaxed some of the most memorable performances in cinema from the likes of Marlon Brando and James Dean. My favorite quote from him is his assessment of those two talents:

“Dean's body was very graphic; it was almost writhing in pain sometimes. He was very twisted, as if he were cringing all the time. Dean was a cripple anyway, inside -- he was not like [Marlon Brando]. People compared them, but there was no similarity. He was a far, far sicker kid and Brando's not sick, he's just troubled.” 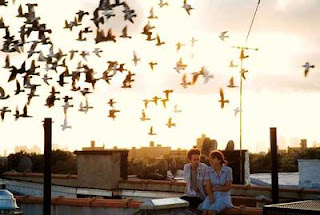 Two generations later, Zoe Kazan is poised to make her own mark on the acting world. Last year she appeared on Broadway in Anton Chekhov's The Seagull opposite Kristin Scott Thomas and Peter Sarsgaard, and in the film Revolutionary Road opposite Leonardo DiCaprio (she was the secretary he cheated on Kate Winslet with). In the small, indie flick The Exploding Girl, she plays Ivy, a college student returning to her Brooklyn neighborhood for summer break. The simple, intimate film gives us a glimpse of a transitional period in her life as she sorts out her feeling for a platonic old friend. (There’s even a scene on a rooftop pigeon coop reminiscent of On the Waterfront (above)) The film depends a lot on silent close-ups of Zoe’s cherubic face—and she conveys subtle expressions brilliantly.

This actress is one to watch—no matter what her last name is.
Posted by Andrea at 12:54 PM