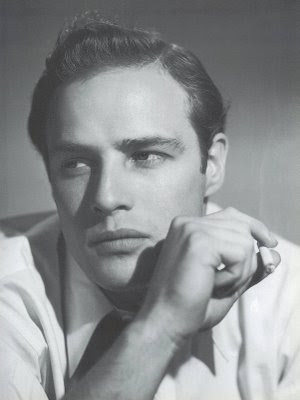 This Matinee Man has been a long time coming. Mostly because I’ve been afraid I wouldn’t be able to capture the greatness that is Marlon Brando. A Streetcar Named Desire (1951) and On the Waterfront (1954), two films I’ve oft referenced on this blog, happen to be the two main films that began my obsession with the classics—and incidentally, my obsession with Brando. As Stanley Kowalski in Streetcar he was ruthless, unrefined and sexy. As Terry Malloy in Waterfront—for which he won his first Best Actor Oscar—he was vulnerable, conflicted and…sexy. The two performances were nothing short of brilliant. Even if you haven’t seen the movies, I guarantee you know their two most famous lines: “STELLLAAAA!!!” and “I coulda been a contenda…”

Of course, the man had his issues (all tortured artists do) and he didn’t always pick the best projects. More often than not he acted in crap. More likely than not because he thought acting was crap. Between Waterfront and The Godfather there wasn’t much to speak of, unfortunately. (And please don’t bring up his physical appearance in his later years. It pains me.) Brando just didn’t realize how great he was, and perhaps that is one of the main reasons why he was so great. 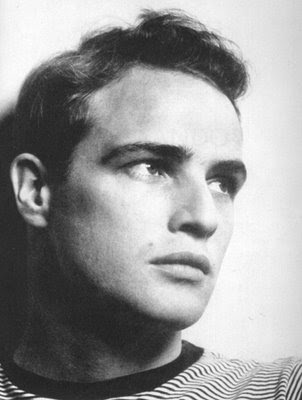 He was expelled from high school for riding a motorcycle through the halls. Coincidentally he played the leader of a motorcycle gang in The Wild One. 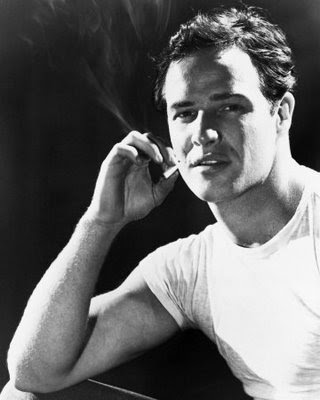 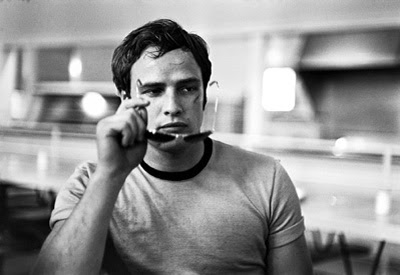 He once asked his Godfather co-star James Caan what he would want if his wishes came true. When Caan answered that he'd like to be in love, Brando said, "Me too. But don't tell my wife." (He was married 3 times.) 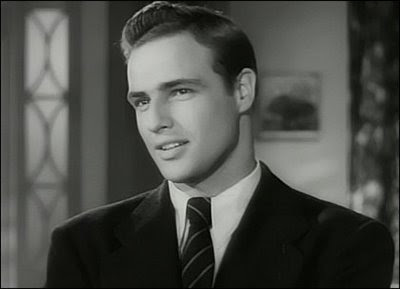 Here he is at the ripe old age of 23 during his first screentest! 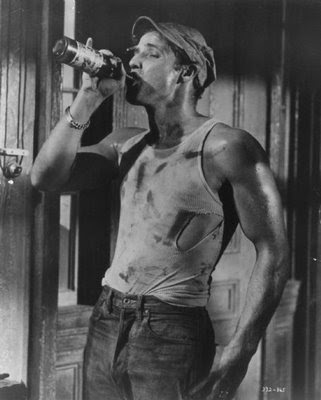 Cool blog you got here and thank you for the valuable information. This is truly a great read for me and definitely be back to read some more.

Hey could you tell me what movie the picture of him in the suit and tie comes from? =)

During school, or whenever you harden a scholarship or a conference, you ought to put in writing degree essay. Moreover, a patria neighborhood district regional locality vicinity section} of Infobahn writing jobs requested by your purchasers are supported essays, and considering the actual fact that this is often one in all the best paid web site service, it's essay writing service completely AN honest commit to perceive the thanks to write those kinds of electronic computer contents.

Now he entirely had this zero.5 in his possession for minutes or presumptively hours, but he still has profited by doubly the amount of the Payroll Loan capitalist. The mechanic is taking a bottom auto title loans risk that the zero.5 fails and he got to do the repair everywhere all over again at no charge.

The strongest and fearless person is the one who knows his/her mistakes and still seek for guidance and forgiveness. Have a pleasant day and keep on smiling. Visit my site for more information.

The simple truth is I like this article, the author's writing was very honest, very clever writing skills.