"I Don't Want Realism, I Want Magic!" (And I got both with Streetcar) 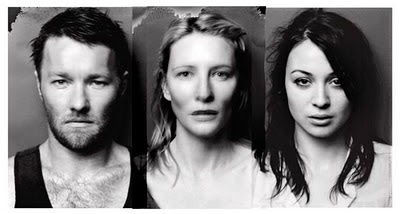 While most people might mull and ponder the question “What’s your favorite movie of all time?” I barely hesitate before replying, A Streetcar Named Desire. Sometimes that response is met with “That’s awesome” and others time it’s met with a “Really?” Yes, really. It was the film that sparked my interest in the classics. Up until that point, I didn’t know people acted like that in old movies. I always say, if I had wanted to be an actress, Streetcar’s the film that would’ve inspired me to do it. I can almost picture myself thanking Marlon Brando and Vivien Leigh in my Oscar acceptance speech (“Thank you, Academy. I’ve always depended on the kindness of strangers…”).

But the only way I ever sat down to watch that life-changer of a movie was because I had just read – and subsequently was entranced by - the play. I had to see Tennessee Williams’ electrically-charged words in action.

So imagine my sheer and utter excitement when I found out that it was possible to see those words in live action. Cate “Can Do No Wrong” Blanchett was playing Blanche Dubois on a stage in Brooklyn. I think even my computer was amazed at how fast I clicked “purchase tickets.” (Bonus: a few months later a certain sweetheart got me another set of tickets – with better seats! So what if the surprise kind of got ruined. Two times the Streetcar goodness? Best. Christmas present. Ever.)

So December 19th – and 20th – I made my way to the BAM Harvey Theater to see Cate and Co. (aka the Sydney Theater Company) take on Tennessee. Blanchett was a marvel. Her Blanche was intensely on edge, yet she also managed to nail the character’s nervous humor. Plain and simple Blanchett’s my Queen (or as my slightly-blasphemous sister said, “No, she’s my god.”).

Actor Joel Edgerton made a commanding Stanley. He had the look. (Unlike that Broadway revival a few years ago that cast John C. Reilly as Stanley for some godforsaken reason. Don’t you think he’d make a better Mitch?) Edgerton was able to put his own fresh spin on the character that I could enjoy as a separate entity from Brando’s performance – which nothing can hold a

candle to, in my opinion. Robin McLeavy perfected Stella’s teenage-girl-like infatuation with her husband, and she and Blanchett were able to bring out the strains in their sisterly relationship even more so than in the film.

If this new stage revival proved anything, it’s that this is still a play (and film) that will spark conversation, debate and an impassioned response. So before you question my choice for favorite movie of all time, maybe you need to watch Stanley howl “STELLAAA!” one more time.
Posted by Andrea at 12:11 PM