The Evolution of Oscar 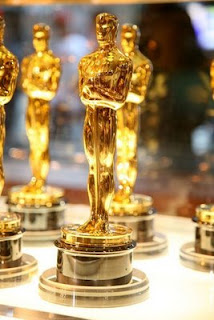 Yesterday officially kicked off Oscar week in Hollywood, and here at On the Marquee. The stars are set to collect their gold statuettes this Sunday and people are expecting a ceremony filled with glitz, glamour…and a ton of boring technical awards. But the Academy Awards weren’t always so dramatic, or so mind-numbingly long. Imagine that--a world without Seacrest! The first Academy Awards ceremony was held on May 16, 1929 in the Blossom Room of the Hollywood Roosevelt Hotel, and it was more about business than glamour. MGM chief Louis B. Mayer concocted the idea for an awards ceremony as a way to provide the movie industry with a much-needed touch of class. In other words, it was a publicity stunt. 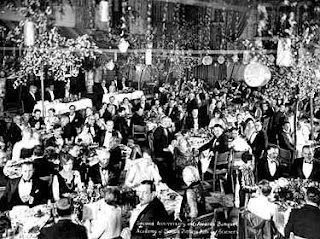 And guests seemed to be more into the food than the actual prizes. Dinner came first, then dancing. Somewhere in between all that was the presentation ceremony that lasted all of five minutes! There wasn’t even suspense for the winners. Each winner had been named three months before (The Academy voted on films from 1927 and 1928). Host Douglas Fairbanks called out the winners’ names, they came forward to collect either their statuettes or their honorary scrolls and sat at the head table. And that was that.

So who were the major winners? 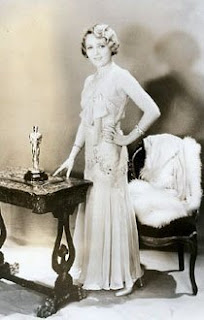 Yup, you read correctly. The actors were awarded for their efforts in more than one film. Oh, and the trophies weren’t called Oscars back then. Legend has it the statue looked exactly like the uncle of an Academy librarian, and was thus nicknamed after him. Kind of a lame story, but who cares? The name was catchy. Supposedly by 1932, Walt Disney was thanking the Academy for his “Oscar.”
Posted by Andrea at 2:15 PM