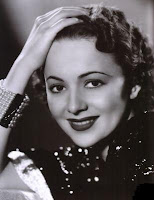 Is this a crystal ball into Dakota and Elle Fanning’s future? Let’s hope not. Celebrity sisters, and 1940s screen darlings, Olivia de Havilland (right) and Joan Fontaine (left) are the ultimate example of sibling rivalry at its ugliest. (The two actresses are both in their 90s—and still refuse to reconcile!) While many siblings in Hollywood today are so close they’ve even worked together—just look at Mary-Kate and 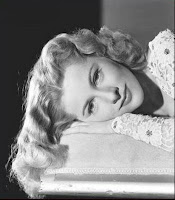 Ashley Olsen, Ben and Casey Affleck, Owen and Luke Wilson and the Coen Brothers, to name a few—that was never the case with Olivia and Joan.

Like something straight out of What Ever Happened to Baby Jane? these sisters apparently never got along. (Let’s hope Olivia stopped short of serving her younger sis a dead bird!). Olivia and Joan (who later took the stage name Fontaine) were born to an English couple just one year apart in Tokyo, in 1916 and 1917. According to Charles Higham, in his 1987 biography Sisters: The Story of Olivia De Havilland and Joan Fontaine, Olivia never got used to the idea of a younger sister. Apparently, she would rip up her old clothes that Joan was supposed to wear as hand-me-downs, forcing her to stitch them back together. Joan is said to have resented what she saw as her mother's favoritism for Olivia and even claimed Olivia fractured her collar bone once!
Things were only intensified when both became actresses. Word has it that in 1940 they auditioned for the same role in Alfred Hitchcock’s Rebecca—and Joan got it. (She was nominated for an Oscar the next year, but lost to Ginger Rogers. Olivia, no doubt, celebrated.) In 1942, they were both nominated for a Best Actress Oscar—Joan for Hitchcock’s Suspicion, and Olivia for Hold Back the Dawn. Joan took home the trophy. Awkward…
In 1946, Olivia was nominated again for To Each His Own and this time she won. Joan was the one announcing the winner, but as Olivia took the stage to receive her Oscar, she blatantly refused to shake her sister’s hand. Bitter, much? (Olivia went on to win another Oscar in 1949 for The Heiress.)

Last May, both of the aging divas were invited to a Bette Davis tribute. At first, Olivia, who lives in Paris, said she would not be able to make the trip. Hearing that her sister would not be attending, Joan decided to go. But then, Olivia changed her mind. So, of course, Joan took a pass in the end.
Joan once said, “I married first, won the Oscar before Olivia did, and if I die first, she'll undoubtedly be livid because I beat her to it!” I guess their feud will live on, even in death. Mary-Kate and Ashley—take heed!
Posted by Andrea at 4:52 PM