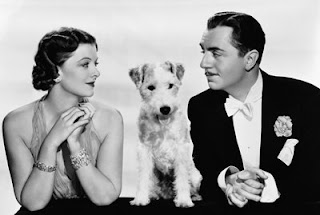 Before Nick and Norah’s Infinite Playlist there was the original Nick and Nora. Played by William Powell and Myrna Loy respectively, Nick and Nora Charles were a mystery-solving married couple at the center of the successful Thin Man movies. Based on the novel The Thin Man by Dashiell Hammett, there were six films in total, spanning 13 years. This got me thinking. Today, the movie industry is constantly inundated with sequels and trilogies and franchises galore. But back in the 1930s, there was so much untapped original material that all these continuations and regurgitations were pretty much nonexistent. That is, until The Thin Man came along. The film, it seems to me, paved the way for the Harry Potters, the Pirates of the Caribbeans and the comic book films (Spidermans, Batmans, Supermans, etc.) of today. The Thin Man proved to the movie industry that as long as a movie keeps making money and as long as audiences still love the main characters, you can keep churning them out for years! 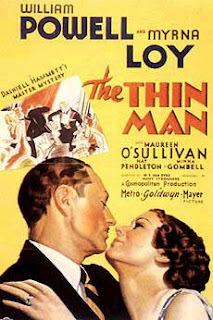 As it was, the first Thin Man was only supposed to a "B" picture. It was shot on a small budget somewhere between 12 and 18 days. It turned into one of the biggest hits of 1934. Naturally, MGM rushed to make a second film, After the Thin Man (1936). The franchise was at its peak during the first three films (the third was called Another Thin Man), as most franchises--if they're lucky--are. Then came Shadow of a Thin Man, The Thin Man Goes Home and Song of the Thin Man--the last and least-loved on the series. By 1947, the formula had gone stale.

I've seen the first two Nick and Nora adventures and I can tell you the plot is secondary to the main characters' witty banter and genuine repartee. Nick's a hard drinking former private investigator who always seems to get sucked back into the job and Nora is his wealthy wife. It's more fun watching this couple tussle and tease, than try to figure out whatever jumbled mystery they're trying to solve. Then again, years from now, people will probably watch the Pirates films and admire Johnny Depp's performance--not the convoluted plots that overshadowed the last two films. Let's just hope they have enough sense not to keep it going for 13 years! Which seems unlikely, since they're already talking about making a 4th Pirates installment. Hey movie execs, take those dollar signs out of your eyes. Not every franchise can go on for as long as The Thin Man--and it doesn't take a detective team to figure that out!
Posted by Andrea at 4:59 PM