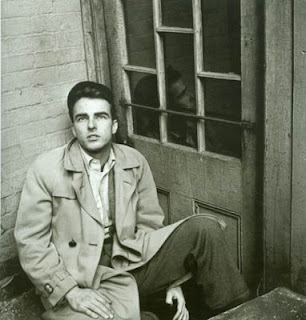 Montgomery Clift helped usher in a whole new acting style with his brooding, vulnerable characters in films like A Place in the Sun and From Here to Eternity. Along with Brando, he showed viewers what Method acting was all about. Off screen, though, he led a tragic life. A near-fatal car accident in 1957 damaged his good looks, and an addiction to alcohol and painkillers ultimately damaged his health. (He died at age 46.) Marilyn Monroe, his co-star in The Misfits, reportedly described him as "the only person I know who is in worse shape than I am." But let’s revisit Monty in his glory days. And, oh, how glorious they were! 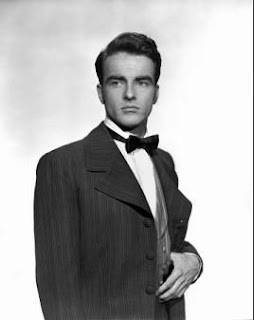 He knew how to rock a tux, and he spoke fluent French, German and Italian! 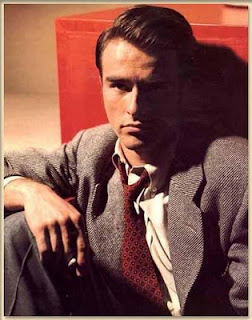 He was one of only six actors to receive an Academy Award nomination for Best Actor for his first screen appearance. The others are Orson Welles, James Dean, Alan Arkin, Paul Muni and Lawrence Tibbett. Monty was nominated for an Oscar four times, but never won. 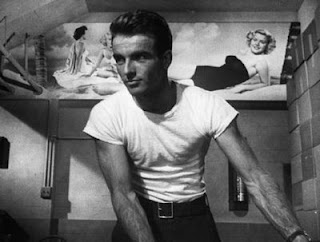 Monty was paired with some of greatest beauties of all time in his films, but in real-life he was reportedly gay. Who cares, though. That never stopped women from swooning over Tom Cruise! 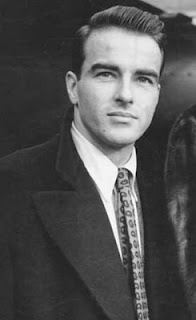 Monty was BFF with Elizabeth Taylor. The fact that she didn't try to marry him means he must have been gay! 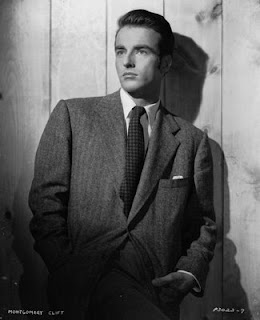 Such a classic pose!

Monty was an awesome actor and ultimately a wasted talent (no pun intended)!!