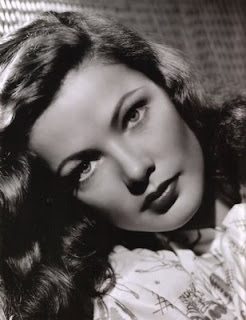 Since we’ve now made it a point to be more in the loop about classic movie screenings around NYC, we knew to check out a showing of the 1945 film Leave Her to Heaven at Film Forum last Thursday. Combination film noir and melodrama, the film stars Gene Tierney as Ellen Berent, a cold-hearted femme fatale who sinks her claws into an unsuspecting author, played by Cornel Wilde. Tierney nabbed a Best Actress Oscar nom for the role. She’s exactly the kind of character I talked about in my earlier post about femme fatales--one whose outer beauty belies sinister intentions. Too bad I didn’t see this movie earlier!

The good thing is, now I get to dedicate an entire post to the gorgeous Gene Tierney. 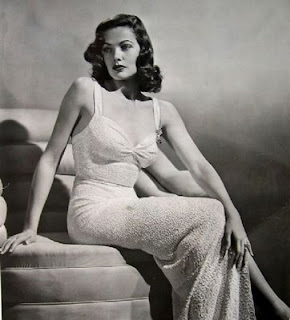 Proving she was more than just a pretty face, Tierney actually studied acting at a small Greenwich Village acting studio in New York. If she was going to choose acting as a career, her father insisted she start with Broadway—not Hollywood. 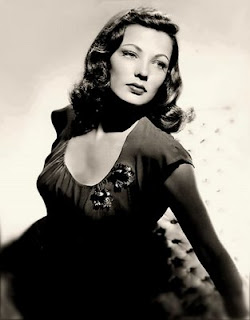 Of course, with a face like that it didn't take long for Hollywood to notice. 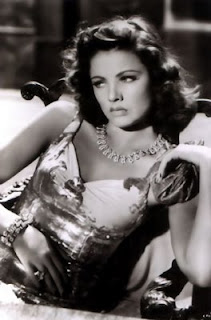 Her first role in the theater consisted of carrying a bucket of water across the stage, prompting one critic to announce that "Miss Tierney is, without a doubt, the most beautiful water carrier I have ever seen!" 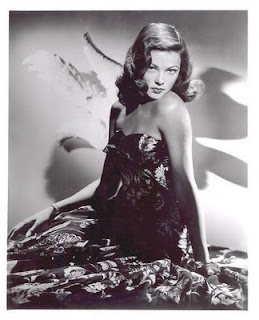 She had a notorious affair with John F. Kennedy. She met him while filming Dragonwyck in 1946. Kennedy eventually broke off the relationship because of his political aspirations. Incidentally, Tierney voted for Richard Nixon in the 1960 elections. 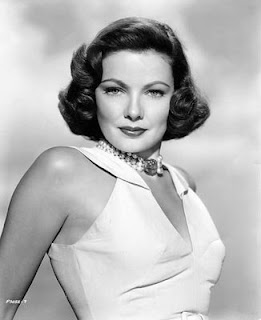 “Few actresses can resist playing bitchy women," Tierney once said. And few people could resist the lure of Gene Tierney.

I really love the recurring themes/features you have on this site. It puts everything into an interesting/fun context.

How interesting that Tierney voted for Nixon in 1960 despite her affair with Kennedy. That's a tidbit I didn't know.

-And yeah, apparently Tierney's family were die-hard WASP-y Republicans and didn't exactly approve of her relationship with the Catholic Democrat