It’s always awkward the first time you hear your mother call someone “sexy,” whether or not it’s your father. For me, it was in my early teens while watching Indiana Jones and the Last Crusade. She was talking about that old guy who played Harrison Ford’s father. Apparently he’s a big deal and was super hot in his prime (not counting this incident). A quick search proved that true.

So here’s your Matinee Man of the week: Sir Sean Connery.

Connery is probably most well known for his role as 007. 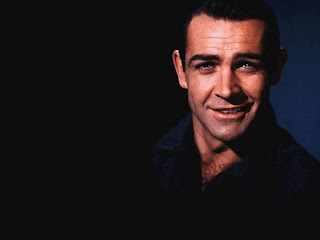 Posted by Your Fabulous Host at 2:55 PM