The Fate of the Femme Fatale 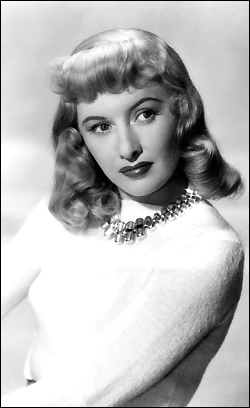 Femme fatales just ain’t what they used to be. In the 40’s they were a film noir staple; the sultry, seductive downfall of an unsuspecting man. Sure, they were ruthless, corrupt and selfish—but they were also sexually empowered women in charge. These gals were altogether fun to watch. Take, for example, Barbara Stanwyck (left) in 1944’s Double Indemnity. As the conniving Phyllis Dietrichson, she persuades insurance salesman Walter Neff (Fred MacMurray) to murder her husband and make it look like an accident so she can collect on the insurance. (“Double indemnity” refers to a clause in certain life insurance policies where the insuring company agrees to pay twice the standard amount in cases of accidental death.) And she makes you kind of admire her for doing it. Stanwyck truly set the mold for 1940’s bad girls. Rita Hayworth followed her lead in 1946’s Gilda and so did Lana Turner in 1946’s The Postman Always Rings Twice.

My original idea for this post was to talk about modern version of these actresses, but as I started writing I realized I was at a loss. The truth (according to me) is, there really aren’t any

modern day characters to hold a candle to these lethal females of 40's cinema. Sure, there are the kick-butt assassin types like Angelina Jolie in Mr. and Mrs. Smith or Wanted. And there are the sexy, man-controlling girlfriend roles, like Scarlett Johansson in Match Point. Oh, and then there was Rebecca Romijn in the 2002 film, Femme Fatale—if that even counts.

But where are the Barbara Stanwycks and the Rita Hayworths? The glamorous women with the dark intentions. The smoky seductresses. The villainesses you love to hate. The women who can stand effortlessly in an evening gown, while holding a gun coolly at their hip. Perhaps it’s a role best suited under the shadows of Venetian blinds in black and white.

Can you think of anyone who would make a great modern-day femme fatale?
Posted by Andrea at 5:43 PM