Putting a Name to That Face!

Hey, it’s that guy. You know, THAT guy! The supporting character that seems to pop up everywhere—playing basically the same role every time. Try to find a movie without Tom Wilkinson in it these days. And, oh look, there’s Busy Phillips and Krysten Ritter in yet another “best friend” role. There you are again, Danny McBride, fast becoming one of those go-to comedy “guys.” The list goes on…

As I wrote about Karl Malden’s extensive movie career acting in mostly supporting roles, it got me thinking. There were tons of other recognizable faces in classic films that deserve a little recognition too. I’ve picked three of them to focus on. 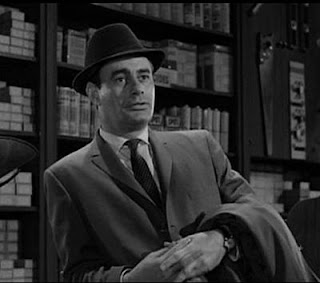 He was a detective in On the Waterfront (the one whom Terry Malloy lovingly referred to as “shorty”). He was also a detective in Psycho, who met his untimely demise at the hands of the killer—and took a dramatic tumble down the stairs. Then he shook things up to play…a police chief in Cape Fear. To be fair, he didn’t play cops in all his roles. Balsam appeared in Breakfast at Tiffany’s as the smarmy movie exec O.J. Berman. And he won an Oscar for Best Supporting Actor in A Thousand Clowns. Plus, his daughter Talia Balsam is an actress currently seen on Mad Men. She’s married to her Mad Men co-star John Slattery, and was previously—briefly—Mrs. George Clooney. 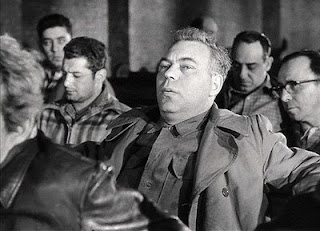 I became slightly determined to find out who this guy was after he kept showing up in all of my favorite Marlon Brando films. Like Karl Malden, Rudy Bond co-starred alongside Brando in some of his most memorable movies, A Streetcar Named Desire, On the Waterfront and The Godfather. Bond did let go of Brando’s coattails for films like The Taking of Pelham One Two Three (ironically, Martin Balsam also appeared in this. And incidentally, it’s now being remade with Denzel Washington) and The Rose. 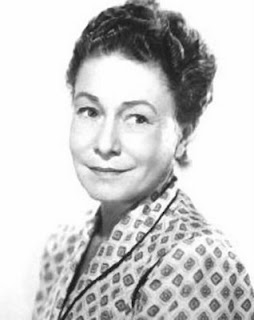 Thelma Ritter—what a pip! Always the tough-tawkin’ female sidekick on hand to throw in her two cents and a little Brooklyn sass. You’ve no doubt seen her in films like All About Eve, Rear Window, Pillow Talk and The Misfits. Playing second-fiddle was never a thankless job for Thelma. She was nominated in the Best Supporting Actress category SIX consecutive times (a feat only matched by Deborah Kerr)! She never won, though, but that hardly matters. I still love this broad.


Looking for more info on character actors? There are actually quite a few books on the subject. There’s this one, aptly titled “Hey! It’s That Guy!” and this one, titled “Names You Never Remember, With Faces You Never Forget.”
Posted by Andrea at 9:46 PM