Why We Shouldn't Shop for Mail...Or Something Witty 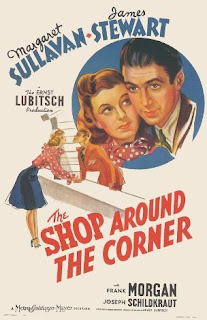 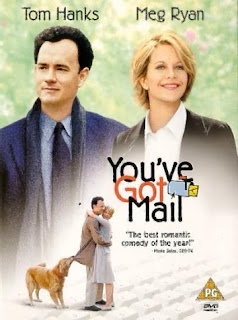 TCM’s big feature of the afternoon today was the 1940 film The Shop Around the Corner starring Jimmy Stewart and Margaret Sullavan. If that name sounds familiar, that’s probably because it was the name of Meg Ryan’s store in You’ve Got Mail, the 1998 remake of Shop, filled with all the amenities of today … like dial-up Internet service.

In a bout of creativity, I decided to write up a comparison for our faithful readers in case you’d ever venture to buy it. (It’s somewhat difficult to find nowadays, apparently. The guy at Barnes and Noble told me it was out of print as he handed me their one copy) Let’s get to it:

The Main Differences (aside from the technicalities of correspondence):


The Main Similarities (aside from the obvious fact that the leads hate each other, etc):


Overall rating: I’m giving The Shop Around the Corner a “watch it on TV if there’s nothing better on,” sadly the same rating I give You’ve Got Mail. I love each of the characters and the actors who play them, but I detest a movie that makes me question when in the world it’s going to end. The leads counteract the over-extended storyline and tired subplots with their charm, but not nearly enough to stop me from replaying the movie in my head, picking out the scenes that should have been cut out.

Posted by Your Fabulous Host at 4:05 PM