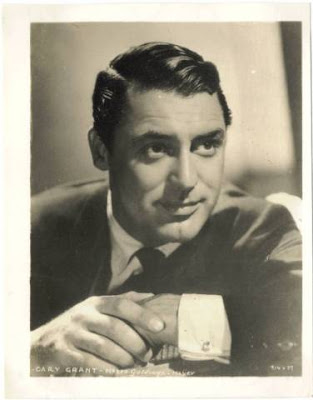 What kind of a man was Cary Grant? Consider this: “George Clooney is the poor man’s Cary Grant.” Don't worry about who said it (Andrea and I did), it’s just the plain and simple fact (or opinion, if into technicalities). But, like Andrea said earlier, watch any of Grant’s 73 films and I’m confident you’d quickly agree.

Grant ruled Hollywood films from 1932 through 1966 and when he wasn’t playing the leading man, he was parading around in women’s dreams across the country. But who was parading around in his dreams? That’s what the tabloids wanted to know back in his day. Heck, books are still being written which question his sexual preference.

Considering how gay rumors have the ability ignite phone trees nowadays, imagine the degree of scandal a homosexual relationship would have caused in the 1930s. It’s not that Grant didn’t insist that he was straight – he did, even through lawsuits – it’s just that it doesn't seem like he was very good at it.

For one, he admitted that his first two wives accused him of being gay. For another, he allegedly told Esquire in 1960 that his favorite type of underwear - because of comfort and functionality of course - was women’s nylon panties. Also not helping his case was living with the same man between his various marriages.

That man, pictured to the right lounging with Grant in their pool, was Randolph “Randy” Scott – big time hero of many manly Western films. He didn’t help rumors much, either, even joking at points that he was Grant’s “wife.”

Of course, the official statement behind their cohabiting was that they were cheap and so saved money by living together at a Malibu home they called “Bachelor Hall.” Not exactly a solid explanation, yeah? (since when have people in Hollywood ever been that cheap). Anyway, the rumors say that Grant and Scott fell in love on the set of Hot Saturday in 1932, soon after which their movie studios forced them to marry women … you know, for appearances sake and all that. Of course, it seems that Grant took that into serious consideration, what with marrying five different women. But even five marriages couldn't stop the rumors. 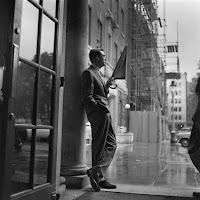 According to various biographies, Grant and Scott were seen kissing in a parked car in the 1960s, were a “charming couple” and a big part of the homosexual community in Hollywood, and at one point got secretly married in Mexico (a la Heidi and Spencer, but with less publicity whoring involved).

Mind you, we’ll never know for sure - this stuff is like Roswell, as far as I’m concerned - but it’s interesting, nonetheless. And it gives us insight into what Tom Cruise has ahead of him.

Main source: Associatedcontent.com
Posted by Your Fabulous Host at 3:30 PM