Barack Obama made history today as he was sworn in as the first black President of the United States. In honor of this, we're using our inaugural blog (nice tie-in, yes?) to make note of some African-American firsts in film. 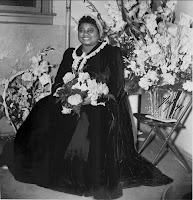 Ten years after the Academy Awards' inception, the first African-American finally walked away with an Oscar in 1939. The Best Supporting Actress award went to Hattie McDaniel for her role as Mammy in Gone with the Wind. And not only was McDaniel the first black person to win an Oscar, she was the first black person to attend the ceremony as a guest and not a servant. However, it didn't exactly go down with the pomp and circumstance that Halle Berry was greeted with when she became the first black woman awarded the Best Actress Oscar in 2001. McDaniel was only allowed to sit in the back of the theater, despite being a nominee, and to add insult to injury, she hadn't even been invited to the film's Atlanta premiere. Lead actor Clark Gable even threatened to boycott the event in Atlanta, but attended when McDaniel convinced him to go. Now that is class. 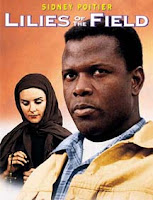 Sidney Poitier became the next African-American to take home an Oscar, this time as Best Actor in Lilies of the Field in 1963 - 24 years after McDaniel. But that wasn't his only first. In June, 1967, he became the first black actor to be honored in cement outside of Grauman's Chinese Theater. He shared the first on-screen interracial kiss (with Katharine Houghton) in 1967's Guess Who's Coming to Dinner [coincidentally airing tonight at 8p.m. on TCM]. And Poitier remains the only black person to have two Oscar statuettes. In 2002, he received an Academy Honorary Award "in recognition of his remarkable accomplishments as an artist and as a human being."

But while both McDaniel and Poitier paved the way for the likes of Berry, Denzel Washington, Whoopi Goldberg and other black actors on the red carpet, they themselves owe a great thanks to a man named Bill Robinson, who most of you - or at least your parents - remember more readily as "Bojangles," the often type-casted sidekick to little Shirley Temple. 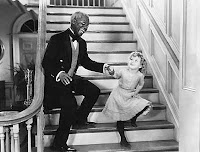 Born in 1878, Robinson quit school at 7-years-old to work his way towards becoming one of the world's greatest tap dancers. He began in vaudeville - earning up to $6,500 a week at one point - became one of the first black people to appear on Broadway and starred in the first all-black motion picture, Harlem is Heaven, in 1932. As a founding member of the Negro Actors Guild of America (NAGA) in 1937 - which provided health care, arranged transportation and hotel accommodations, and financed funeral services for the black thespian community -Robinson was instrumental in fundraising efforts. But despite his efforts for others, Robinson died penniless in New York City in 1949. Ed Sullivan quietly paid for his funeral expenses because he believed Robinson deserved a dignified burial.

We, and many others, couldn't agree more.
Posted by Your Fabulous Host at 2:57 PM