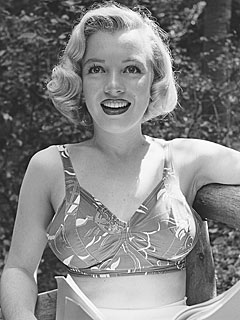 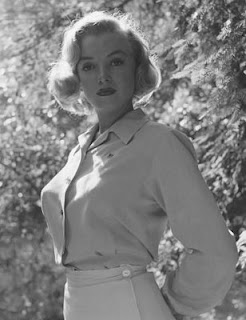 Marilyn Monroe once crooned "Happy Birthday" to President John F. Kennedy, but today it’s our turn to sing our own sultry version of the song to her. The blonde bombshell would have been 83 years old, had she not died of a tragic drug overdose in 1962 at the age of 36. Since she’s not around to celebrate her birthday, Life magazine has given us a surprise gift: a gallery of never-before-seen photos of a 24-year-old Marilyn taken back in 1950. Then, Marilyn was just another rising-star having played a small role in The Asphalt Jungle. She hadn’t yet graced All About Eve with her presence, or blown up her skirt in The Seven-Year Itch, or fallen for a man in drag in Some Like it Hot.
Seeing these pictures, it’s hard to believe that anyone with a pair of eyes could have doubted her eventual rise to fame. Now how long before Lindsay Lohan tries to recreate them?
Posted by Andrea at 1:45 PM