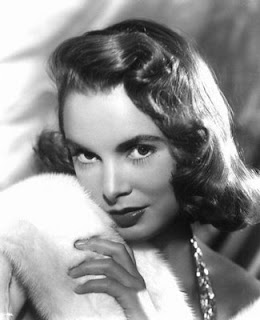 The first woman ever to show her bra on screen definitely deserves a place on our Siren Centerfold. She was also the first woman to get hacked to death in a shower and fall to the floor in a puddle of Bosco chocolate syrup on screen, but that’s beside the point.

Discovered by the actress Norma Shearer at a ski resort in Northern California, Janet Leigh secured a contract with MGM and began her film career in the late 1940s - as a brunette. She appeared in movies like 1949’s Little Women, 1953’s Houdini with then-hubby Tony Curtis (and today's Matinee Man) playing the famous magician, and 1958’s Touch of Evil with Orson Welles. It wasn’t until 1960 that she found her most memorable role as Marion Crane in Alfred Hitchcock’s Psycho (cue the scary violins). She received a Golden Globe Award for Best Supporting Actress and was nominated for the Academy Award for Best Supporting Actress.

Leigh succesfully paved the way for the sexy scream queens of today and proved that sometimes the best way to live on in movie history is to die an untimely death. Check out Janet Leigh’s killer good looks in today’s Siren Centerfold! 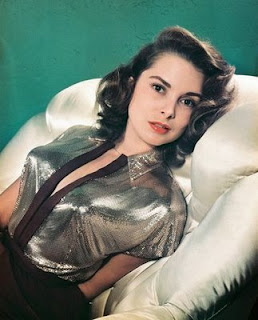 She married her first husband in 1942 at the age of 14! And no, she didn't live in Arkansas. The marriage was annulled the same year. 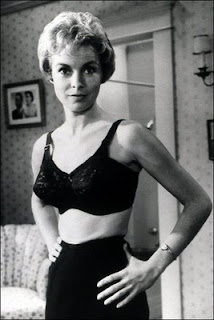 One of the "risky" bra scenes in Psycho. 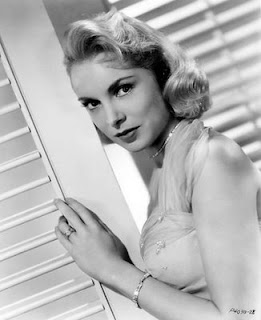 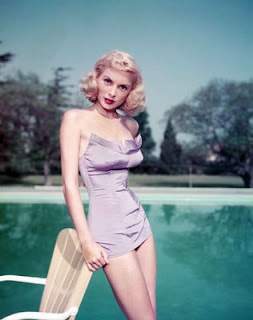 Man, her waist was tiny! 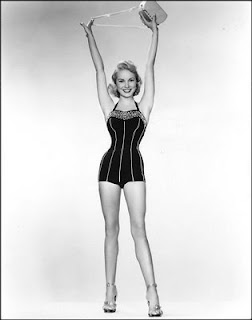