Extra! Extra! Read All About it!

Thanks to a well-placed source (read: my friend Nicole at her kick-ass NY1 internship), I got the scoop that Rachel McAdams was filming her new flick right in the NY1 newsroom last week. Slated for a summer 2010 release, Morning Glory also stars Patrick Wilson (yum), Harrison Ford and Diane Keaton. It’s about a big-time television producer enlisted to help revive a struggling morning show. So it’s not exactly about hard-hitting journalism, but the setting got me thinking about my favorite reporters in classic films. Of course, they hold a special place in my heart being that we share the same chosen profession. (Though, sadly, my job has never included a “meet cute,” a murder mystery or a jaunt around Rome.)

1. Cary Grant and Rosalind Russell in His Girl Friday (1940) 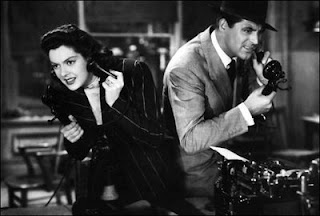 He's the newspaper editor, she's the best reporter he's got. Not even their divorce could separate their shared passion for the headlines.

2. Katharine Hepburn and Spencer Tracy in Woman of the Year (1942) 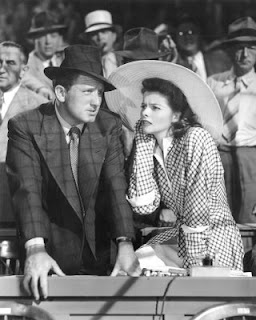 She's a prize-winning political journalist, and he's a lowly sports reporter - but together, they're magic! Hilarity ensues when he tries to teach her the rules of baseball... 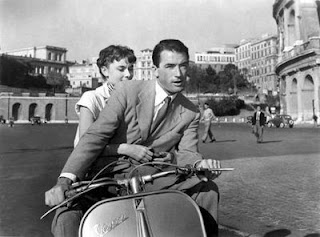 This reporter thinks he's got the story of the century when he meets a runaway princess...too bad he ends up falling in love with her! 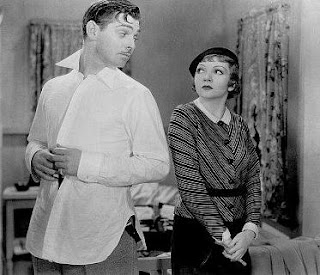 Another down-on-his-luck reporter stumbles into front-page news when he meets a runaway heiress on a night bus. Again, love gets in the way. 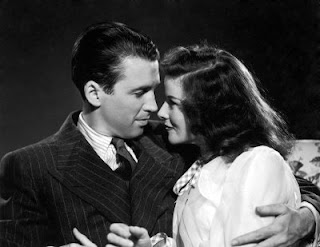 He's an aspiring writer stuck working at a society tabloid. Katherine Hepburn helps bring him out of his rut.