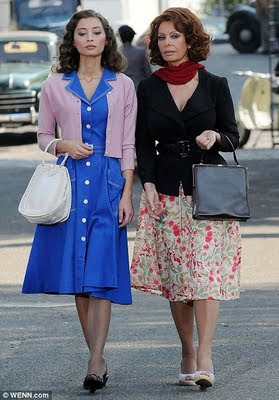 Back in 1980, Sophia Loren – then 56 – somehow managed to play her younger self and her mother in Sophia Loren: Her Own Story. Even then, that was pushing it. Thankfully, in a new upcoming TV movie about her life, 75-year-old Sophia realized she can’t exactly manage dual roles. Enter 27-year-old Sicilian beauty Margareth Made. This acting newcomer portrays Sophia in her pre-Hollywood bombshell days, while Sophia steps into the role of her own mother once again. The film La Mia Casa è Piena Di Specchi (My House Is Full Of Mirrors), now shooting in Rome, will be broadcast on Italian TV next year. Ok, so we won’t exactly get to watch the finished product, but we can take a sneak peek at the uncanny resemblance between the two. 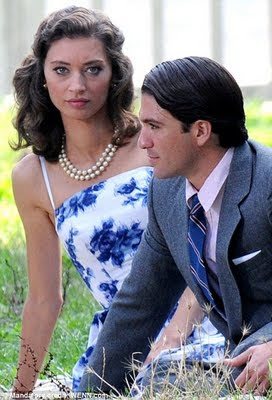 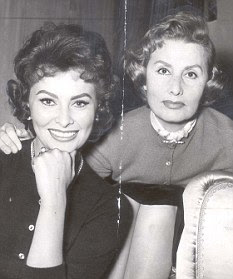 Sophia and her real-life mom

Can't wait to see this film! Thanks for posting this.